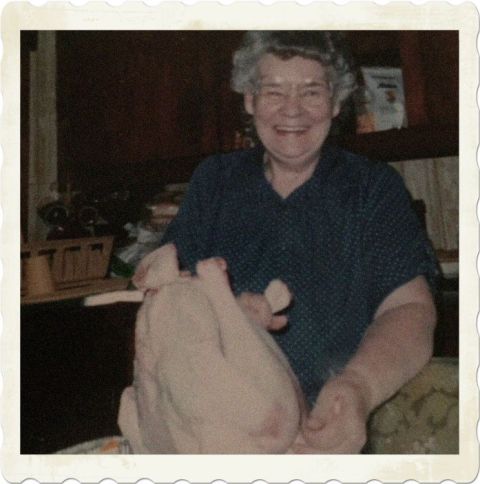 Every season seems to evoke its’ own set of memories which reflects perhaps that same time of year so many years ago or possibly a not so distant past. For many, the Thanksgiving holiday triggers the feeling of warmth, of family, of pumpkin spice and football games, of fun and food and thankfulness. Unfortunately, however, this holiday has often times been reduced to a well-worn speed bump, as folks rush toward the Christmas holiday; just a Black Friday Eve, a commercial high jump into the commercially charged holiday season.

As a kid, growing up in my parent’s house in SE Ohio, Thanksgiving was an unwritten commitment on the calendar, an assumption made that if mom was cooking, you had better be on your death bed rather than miss Thanksgiving dinner! I never really thought too much about being thankful during this time, unless you count being thankful when the event was finally over; when the last sheet of saran wrap was finally snapped off the roll and carefully wrapped over and around the last dish of left overs. It seemed to me to be a very stress filled time, consisting of a whirlwind of activities, all culminating into one feast laden smorgasbord laid out in the middle of a large table surrounded by elbow to elbow humans, passing around dishes of delicacies and plates of plenty with the intricacy and synchronicity of a well-choreographed dance. But I digress; let me take you with me to a time when life seemed simpler and mislaid worries of a young lad was unwarranted and unnecessary.

The Thanksgiving season in Ohio varies from year to year in regards to what type of moisture falls from the sky but there remains one constant; gray skies. Like dove gray colored cotton batting that hung over the surrounding countryside, possibly for the next several months to come, the gloomy gray heavens seemed to blend with the browns and tans of the bare trees and dead leaves dispersed throughout the landscape. Often times, the cool crisp breezes were accompanied by an occasional flake of snow, dancing and floating lazily downward. Inside the house looking out the front window, the desolate scene was made complete by the condensation hugging the single pane windows, giving an official nod to the chilling temperatures outside.

The turkey made its’ appearance a couple days in advance as it hung around in the refrigerator until the lifeless carcass was deemed thoroughly thawed. The night before Thanksgiving, mom would lay out several pieces of bread so they could grow stale (dry out), to be used in the dressing the next day. Mom made two types of dressing: regular sage dressing with celery, egg and other ingredients and the other, the same sage dressing enhanced with oysters. I always interrogated mom regarding which was the “enhanced” dressing, lest I get hold of a slimy surprise within my portion of goodness. Very early on Thanksgiving morning, mom would get up, prepare the dressings and proceed to have her way with the celebrated bird, cleaning it and giving it a little dance before filling the cavity with dressing, providing a deep tissue Oleo massage, seasoning the ample fowl and throwing it in the oven. It always struck me with a sense of wonderment how mom could actually create such a feast with a regular four burner electric stove with a two rack oven. All I knew was that it smelled really good, while I was content to lie on the living room floor, watching the Macy’s Thanksgiving parade.

The time for the feast finally arrived with the presentation of turkey, dressings, mashed potatoes, candied yams, rolls, cranberry sauce (canned of course, shaken out of the silver vessel into a crystal bowl and sliced evenly with a butter knife no less), green beans, corn, sweet gherkins and deviled eggs. After a request was made on who wanted what to drink, everyone filed in around the wood grain laminate table, capable of extending out with not one but two leaves, depending on the crowd for that year. There was an unofficial seating chart or more like pecking order that ensued; Dad at the head of the table, mom on one side of him so she could get up and down to meet the needs of guests, older siblings and their spouses or friends filled in from eldest to youngest until all of the high backed, vinyl green floral print chairs were filled. The overflow landed at the “kid’s table”. Being the youngest of six, I was very familiar with the kid’s table. In fact, after I got married and we had a child of our own, we would at times, find ourselves back at the kid’s table, with knees touching the bottom of the table top! Before we ate, we always said a corporate prayer that we had adopted as our family prayer; “God is great, God is good and we thank Him for our food. By His goodness all are fed, give us Lord our daily bread. Amen”.

After the meal was finished and the desserts were handed out, (pumpkin pie was the staple dessert followed by some kind of cake) folks would start migrating to other rooms. The men would naturally gravitate to the living room to watch the game but would ultimately end up snoring like bears in a den. That left the daughters and daughter-in-laws to perform a visual game of rock-paper-scissors to see who would wash and dry the large stack of dirty dishes. Mom was exempt of course, since she prepared the feast. After that, it was an afternoon of playing table games (five hundred rummy, dominoes and Aggravation being the favorites), talking and perhaps taking a walk if the weather permitted until finally, the leftovers were divvied out and the families left, one by one.

You may be asking yourself why I would go into such details to describe an event that took place so long ago and the answer is quite simple. It’s to remind you of what’s important, to trigger similar memories and experiences of your very own and to think once again upon the many blessings God has bestowed on you these past however many years. We take so much for granted, that those we love so much and hold so dear to our hearts will always be with us, but that isn’t necessarily true. We need to learn to appreciate each moment more, whether it be just a regular day or something pretty spectacular with those around us, to cherish the sound of a giggling child or the wisdom wrapped up and presented to you by a dear old friend or loved one. Thanksgiving is not all about the food, football games or how clean your house is; rather it’s about counting your blessings and allowing these present times to become the blessings you will count tomorrow.

Many changes have occurred since we once sat around that old table. Beloved faces no longer grace us with their presence; so many family members have scattered across this great land of ours. But one thing still remains; Love. The love we have for one another binds us through both the times of celebration and those moments of grief. God’s greatest blessings are all around us if we only take the time to look. And the act of being thankful is to be exercised every day, not just on one holiday. This year, take the time to find the “thanks” in Thanksgiving. Try looking around your own table of family and friends; breathe a prayer of thanksgiving to God for your own many blessings, both big and small.