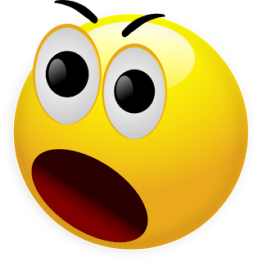 As I was growing up, our family never really had a whole lot of material things to hold on to.   In fact, my youngest sister and I still joke about being so poor, all we had were catfish heads to play with instead of toys.   But what we did have made all the difference in shaping our lives to adulthood.  We had food on the table, we were clean, we wore clean clothes even though they were seldom brand new, and we had love in our home.  We learned how to count and perform basic math in our heads by playing dominoes.  We were taught respect, how to use our common sense, and the necessity to implement the common courtesies we learned along the way.  I’ll never forget one of those “lessons learned”.

One day when I was just a boy, my mom and I were walking down the sidewalk in our small town, running errands.  I was walking to mom’s left side and she quickly corrected me by urging my slight frame to her other side.  I looked at her a little puzzled and she saw the question on my face.  “Men and boys are ALWAYS supposed to walk on the outside of the female, closest to the street” she responded with a matter of fact persona that begged the question “why”?  Mom’s response was enough to send me into a tailspin.  “Well, because if a car swerved toward the sidewalk, it would hit the male first as protector, protecting the fairer sex.”  “Well, that’s not fair!!”, I screamed inside my mind as I had mental images of being sprawled out in the middle of the street, teeth littered around my body as the maiden in distress stood over my lifeless form, hands clasped together and pressed to one of her cheeks declaring, “my HERO!”

It took me more than a few years to completely understand what Mom was trying to teach me in that moment.  You see, we all have the grave responsibility to be more than what we are; to step out of ourselves, our comfort zones, and to be made available to meet other’s needs; even up to and including death.  What parent wouldn’t think twice about running into a burning home to rescue their children but what about your special needs neighbor?  What about the stranger you see every day walking to work because they can’t afford a means to get from point A to point B?

The news this past couple of weeks has been full of unsung heroes doing what they did not because of a possible fifteen minutes of fame or a handshake and “atta boy” from our POTUS but because it was the right thing to do.  Whether it was the hero who would rather take seven bullets from a madman than to fathom another life lost or the stranger in South Carolina who went from door to door in his boat, trying to save anyone in need instead of thinking about his own loss of property, there are true heroes out there but there needs to be more.

Here is another example.  Jesus Christ was sent here from His home to dwell among strangers and haters, not because He enjoyed deprecation but because it was the right thing to do; not only was He being obedient to His Father but He loved/loves us with a fierce love we cannot comprehend.  Jesus had the ultimate reason to cry out “well, that’s not Fair!!” as He hung from that cross, completely broken and humiliated, bleeding and aching from the weight of OUR sin.  Perfect love conquered His own need for preservation as a man on this earth so we wouldn’t have to suffer an eternal separation from the One who made us, our heavenly Father.

What about you and me?  Isn’t it time we turn away from the deceptive mirror of self we have been staring in to far too long and instead, peer out the window of our safe, selfish little cocoon to a world full of need.  And even though we can’t save the whole world, why don’t we just start with the world around us; our city, our neighborhood, our own home.  Pray for the courage to be THAT person who makes a difference, that man or woman who is brave enough to put away the “Me-Me’s” and embrace the unique needs of others.

As for the lesson learned so long ago, I still irritate the people around me, stepping forward to open the door for a lady, whether they be nine or ninety or to walk on the outside, closest to the street.  You see, the common courtesies have been engrained in my very being along with another sentiment; sometimes life isn’t fair…but life is a privilege and passes too soon so we have to make the most of every opportunity to serve those around us.

John 15:12-15 (NIV)– My command is this: Love each other as I have loved you. Greater love has no one than this: to lay down one’s life for one’s friends.  You are my friends if you do what I command.  I no longer call you servants, because a servant does not know his master’s business. Instead, I have called you friends, for everything that I learned from my Father I have made known to you.